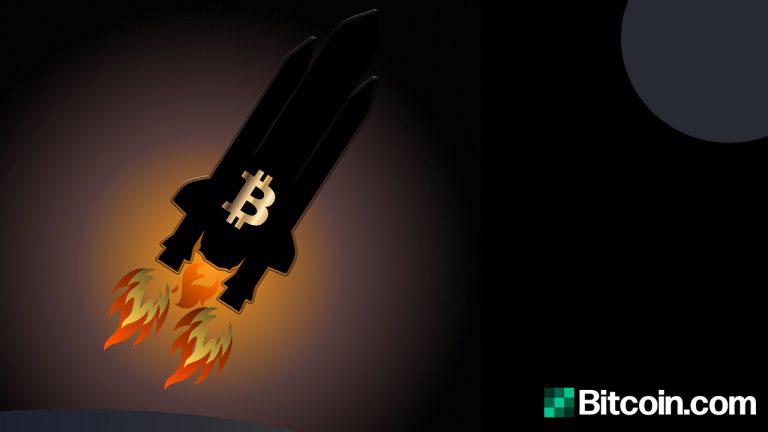 Bitcoin prices have gone parabolic and the value is seemingly following along with the controversial stock-to-flow (S2F) model, according to the price model’s creator. This week, the Twitter handle dubbed “Plan B” said the “bitcoin stock-to-flow model [is] on track… like clockwork.”

Stock-to-Flow Author Is Confident in the S2F Price Model

Back in November 2020, news.Bitcoin.com reported on the popular but also contentious stock-to-flow price model created by Plan B. At the time, Plan B said that he has “no doubt whatsoever that bitcoin S2F is correct.” He also added that “bitcoin will tap $100K-288K before [December] 2021. In fact, I have new data that confirms the supply shortage is real. IMO 2021 will be spectacular,” Plan B stressed two months ago. 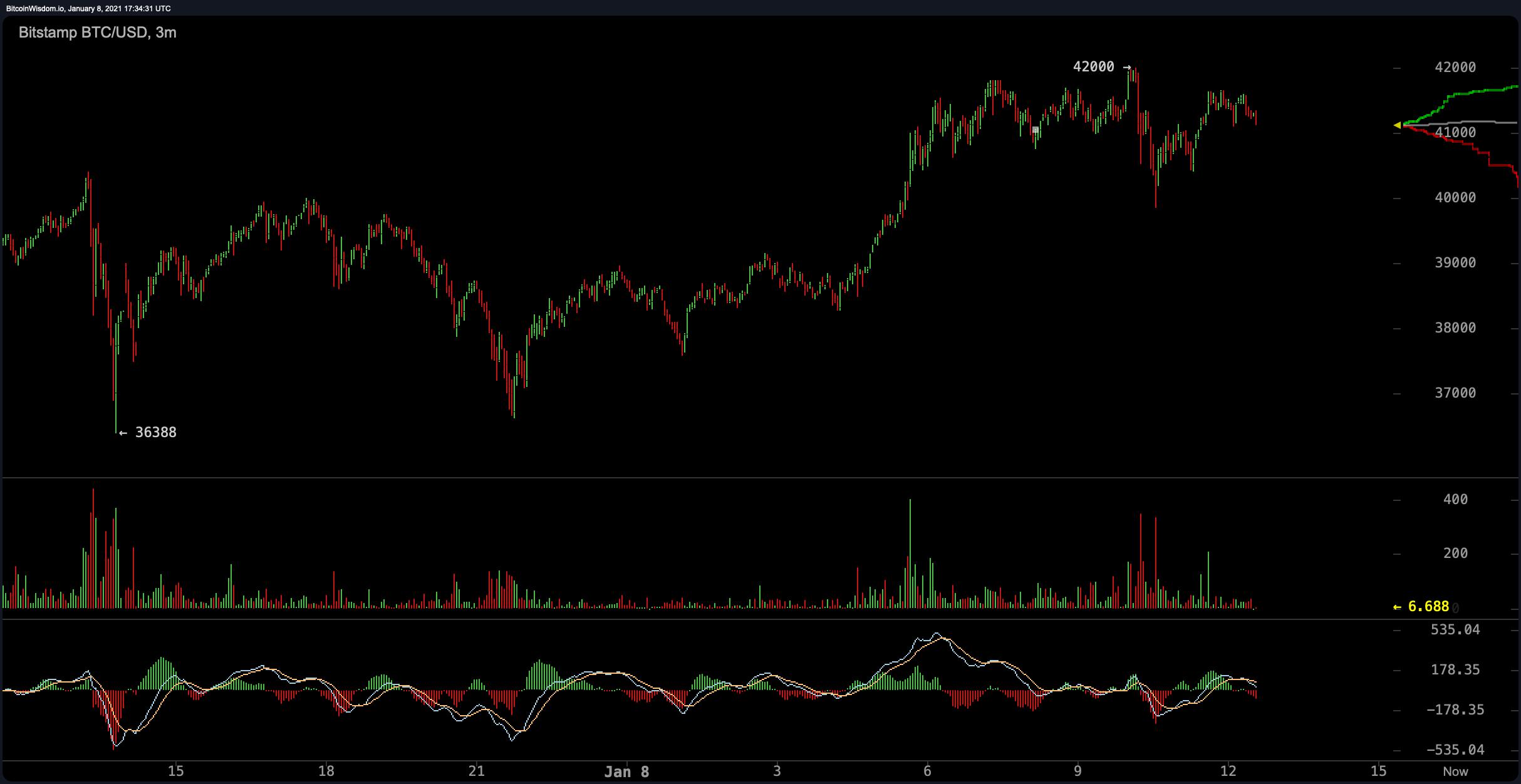 During the last few weeks of bitcoin’s value rising massively, Plan B reiterated his belief that the S2F model was still very much on point. On Thursday, the popular Twitter account tweeted: “Bitcoin Stock-to-Flow model on track .. like clockwork.” Plan B also shared a chart that shows the current price action seemingly following along with the S2F model. Moreover, Plan B also said that bitcoin’s “200WMA (weekly moving average) [is] increasing 10% per month.” 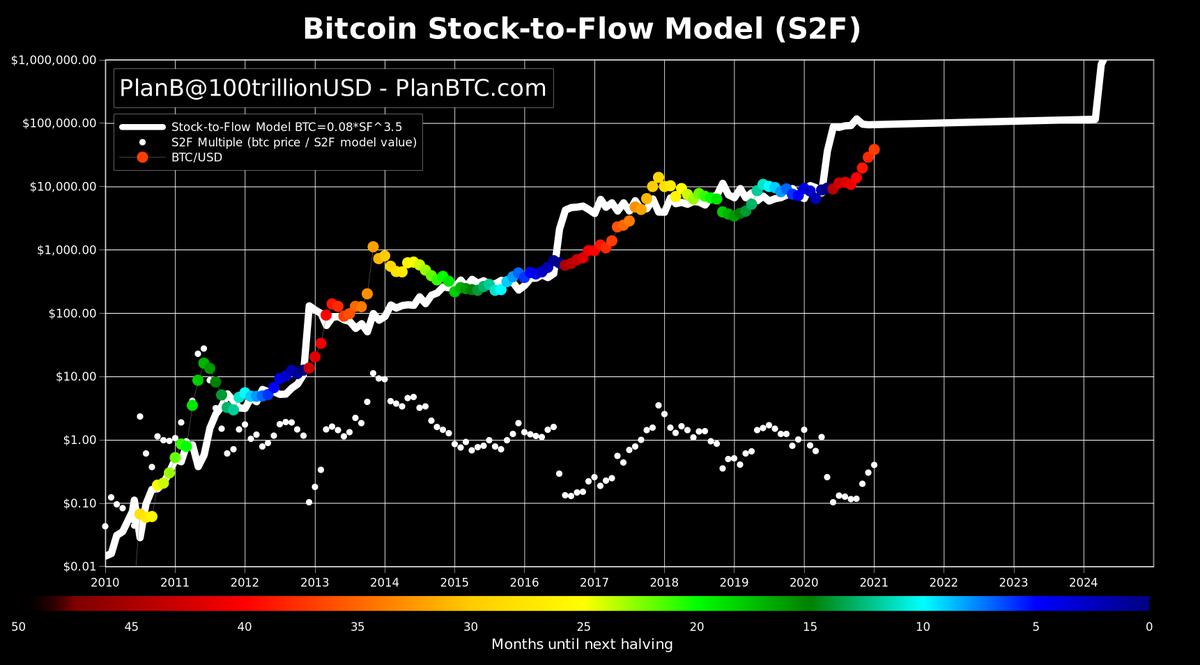 The most recent S2F model chart Plan B shared on Twitter on Thursday.

Furthermore, the Twitter account called “ecoinometrics” also tweeted about BTC’s price values after the halvings. “I know it is still months away but who else is curious to see how close we’ll get to $286,000 in October?” ecoinometrics tweeted. Following the tweet, Plan B responded to ecoinometrics’ statement and said: “Make it $288,000.” Another individual spoke about the controversy about the S2F model and tweeted:

S2F denialism on Twitter is all fun and games, but what if some people acted based on this advice and didn’t buy bitcoin? Who will be held responsible for this?

Peter Schiff Admits He Missed Out on Bitcoin’s Gains

A person responded to the S2F denialism tweet and said: “That would be their own fault for not doing their own research and relying on someone else’s work. They will learn to take responsibility for their actions and hopefully grow from the experience.” After explaining that his model was on track like “clockwork,” Plan B also stated: 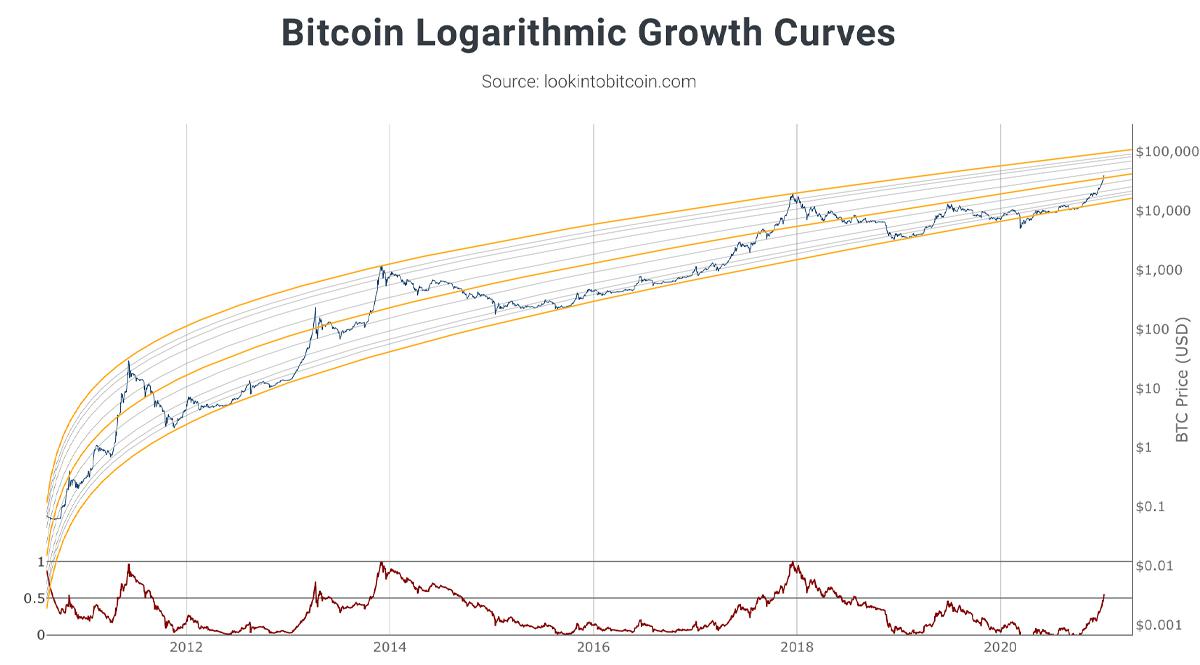 Meanwhile, as bitcoin (BTC) tapped the $42k zone on Friday, the cryptocurrency naysayer and gold bug, Peter Schiff, explained that he missed out on BTC’s big gains.

“While I missed out on Bitcoin’s big run off the 2020 lows, I didn’t miss out on big gains in other speculative investments,” Schiff tweeted on Friday. “For example, I’ve owned Delta Electronics in Thailand for years. It’s up 27% today and 27x from its 2020 low. Compare bitcoin’s gains to that, not gold’s,” Schiff added.