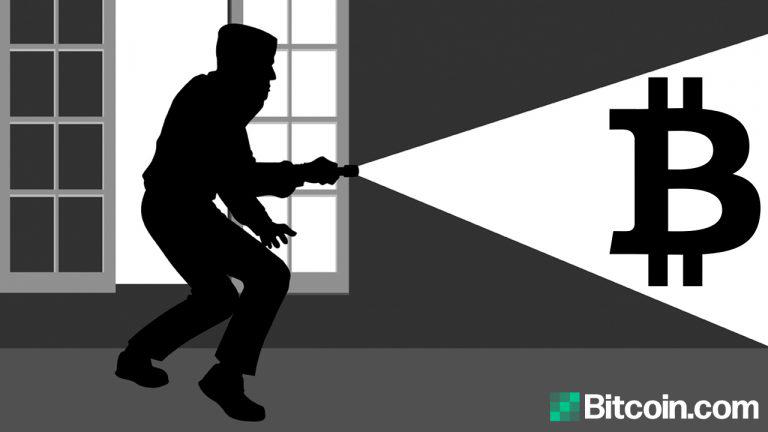 The number of stolen bitcoins that were publicly reported in 2020 dropped to 4,472 coins or 0.02% of the digital asset’s circulating supply. This new figure represents a 92% drop from the 56,870 reported in 2019. When using current bitcoin prices, the 2020 thefts caused losses that are equivalent to $140 million versus the 2019 equivalent of $1.78 billion.

According to data that was shared by Jameson Lopp, the CTO at Casa, this marked decrease in the number of reported thefts means “bitcoin security appears to be improving.” The CTO also clarifies the meaning of the term “stolen” in the context of reported BTC thefts. Responding to a question on this, Lopp says:

I’d say stolen is: one day you go to check your wallet and the funds aren’t there. I’d count viruses that steal private keys, it’s just harder to aggregate those types of thefts because they tend to be small scale and not get news coverage.

Meanwhile, the data shared by the CTO shows it was the darknet site Empire Market, which reported losing 2638 coins, that registered the largest loss of the year. Kucoin, the victim of a major hack, ranks second with a total of 1008 coins stolen. The other significant losses which were reported include Cashaa (337) followed by Exmo (307) while Livecoin lost 106 BTC to criminals. The rest of the reported thefts are below 100 coins. 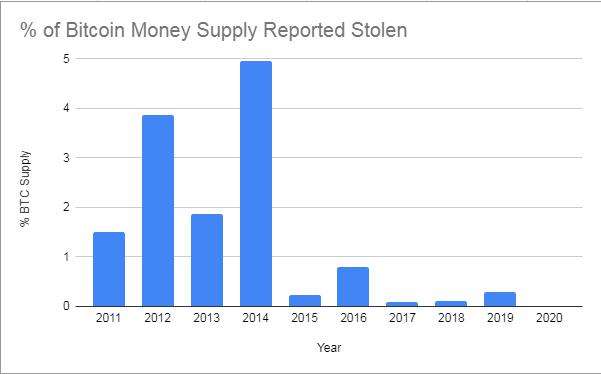 Furthermore, the data also shows that 2020 has the lowest reported figure of stolen coins while 2014 ranks as the worst year after a total of 678,262 coins were reported stolen. Since 2014, the reported losses have been declining save for 2016 and 2019. In 2016, Bitfinex reported losing 119,756 bitcoins while investors in mainly China lost over 45,000 BTC to the Plustoken Ponzi scam.

What are your thoughts on the latest reported BTC thefts? You can share your views in the comments section below.

The post The Reported Number of Stolen BTC Drops by 92% as ‘Bitcoin Security Appears to Be Improving’ appeared first on Bitcoin News.