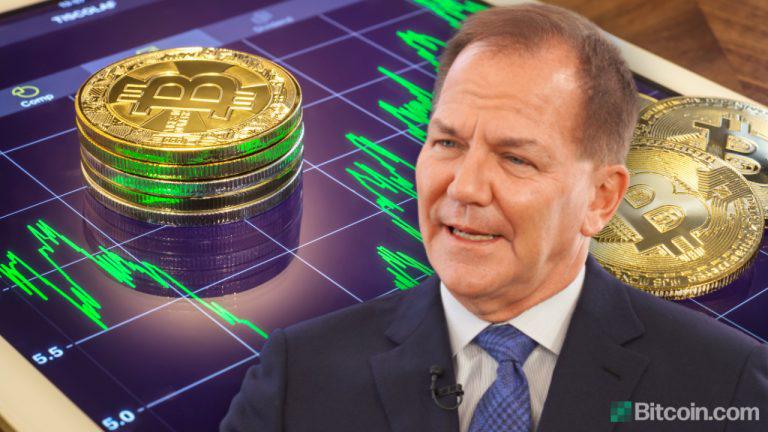 Prominent hedge fund manager Paul Tudor Jones’ understanding of bitcoin has come into question since he only invested about 1% of his assets in the cryptocurrency. According to the CEO of Microstrategy, the Nasdaq-listed company that recently invested almost half a billion dollars in bitcoin, Jones would have invested much more if he had really understood bitcoin.

In an interview with Stephan Livera, published Monday, Microstrategy CEO Michael Saylor shared his thoughts on how his billion-dollar company adopted bitcoin as its primary treasury reserve asset. The Nasdaq-listed company recently purchased a total of 38,250 bitcoins at an aggregate purchase price of $425 million.

During the podcast, he had a message for the billionaire hedge fund manager Paul Tudor Jones who revealed in May that he invested between 1%-2% of his assets in bitcoin as a hedge against inflation. Like Saylor, Jones was previously a bitcoin skeptic. However, “covid happened” and “the great monetary inflation happened,” making him rethink his investment position going forward, he told CNBC in May. “That’s really what tripped my interest in bitcoin.” The founder of asset management firm Tudor Investment Corporation compared bitcoin to the gold trade back in the 1970s, calling it “the fastest horse” in this environment.

“Bitcoin, I think is a great speculation … I have just over 1% of my assets in bitcoin, maybe it’s almost two, that seems like the right number right now,” Jones said. He shares Saylor’s sentiment about cash losing its value.

While admitting that an investor, like Paul Tudor Jones, putting 1% of his assets into bitcoin is a good thing, Saylor argued that from his point of view:

I just can’t see how you could say that you understand bitcoin and then at the same time say you’ve decided to speculate in it or that you’re putting 1% of your wealth in it.

To illustrate his point, he gave an example that if a billionaire is interested in Vegas and really understands it, he would be like Howard Hughes and buy all of Vegas, not just spend some money gambling in a week. Saylor elaborated:

What I would say to Paul Tudor Jones is if you really understand bitcoin and you understand it’s the scarcest digital asset, then you know that it’s going to have a positive, real yield, 10 to 20% just based on fiat printing. If you actually dug into it to understand the technology characteristics that it’s smarter, faster and stronger than gold, you would realize that it’s probably a 100x to a 1000x better than gold.

“And its value is going to accrete better than just the fiat printing,” he continued. “And once you realize that, and if you buy into the notion that, that the Fed is going to debase the currency 10% a year for the next decade, or at least for the next five years, then 99% of the stuff you’re holding is debasing by 10% a year.”

Since Microstrategy purchased almost half a billion dollars worth of bitcoin, Saylor has been sharing his view on how bitcoin is a harder asset than gold in various interviews, including one with Morgan Creek Digital partner Anthony Pompliano and another with former Goldman Sachs manager Raoul Pal. A growing number of investors have been moving their funds into bitcoin as the Federal Reserve made a major policy shift to “push up” inflation and pledged to keep interest rates near zero for years. Mad Money’s Jim Cramer recently said he would buy bitcoin because he fears a “massive amount of inflation.”

Do you agree with Saylor about Paul Tudor Jones’ bitcoin purchase? Let us know in the comments section below.